APPL ENDS EUROPEAN TOUR ON A HIGH IN DEAUVILLE

The All Pro Polo League (APPL) hosted two exciting matches at Deauville Polo Club on Tuesday, August 22. After success in England and Spain, Founder Javier Tanoira took the league back to France for a final exhibition, before returning to Argentina for the spring
season.

Pampas faced Eagles first; the fluid and fast match ended in a tie. Bantues took on Kings next; Juan Zubiaurre gave a great performance and lead his team to a 5-3 victory.

“The event was a great success,” says Tanoira. “I want to highlight the hard work and disposition of Deauville Polo Club. They supported the idea from the start and are always keen to collaborate with the league. The matches were very nice to watch; we promote fast, open polo, and that is what we saw today.”

Zubiaurre, who was chosen as MVP of the day, was happy to share his thoughts on the league: “I first played the APPL in Argentina in 2015. I really like the concept. We had a lot of fun today. I particularly like the rule which eliminates throw-ins after the ball goes over the boards. I also like the new style of hit-ins, it really makes the game more dynamic.”

The APPL has gained much attention this year, most notably from AAP President Eduardo Novillo Astrada; many of the rule changes that will be seen in Argentina as of September have been influenced by APPL rules. The All Pro Polo League is set to host its next tournament in November in Pilar Chico, Argentina. Stay tuned! 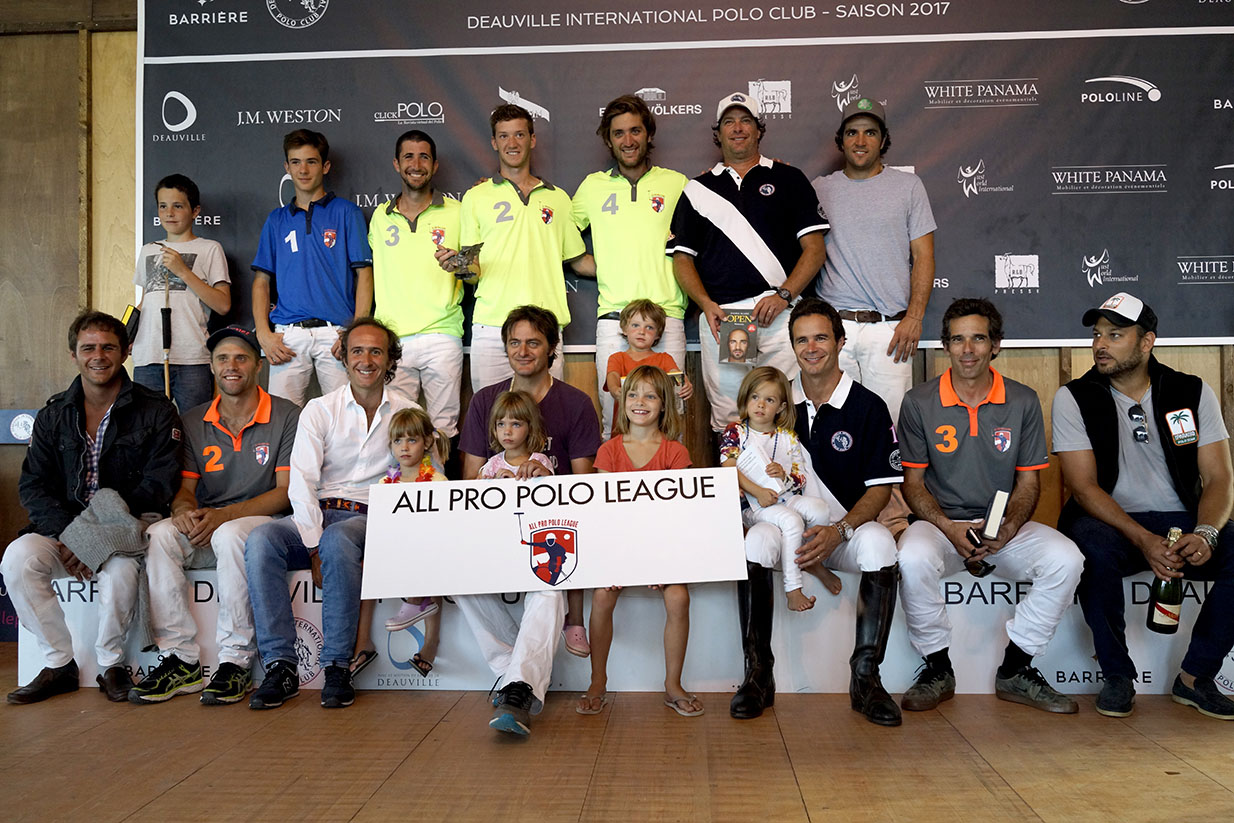